Join us in a ride to the top of the world! – Big views await on our most popular shuttle supported cross country mountain bike tour in Antigua Guatemala.

We’ll give you a lift up to 2500m (8,000ft) near the trail head of the Acatenango volcano for some of the best volcano views in the region. This intermediate cross country mountain bike tour in Antigua is 80% trail and a great introduction to the natural riding in the area. Shuttle up and follow sandy singletracks all the way down to town!

This tour starts and finishes in Antigua Guatemala

Please let us know your hotel information for pickup! 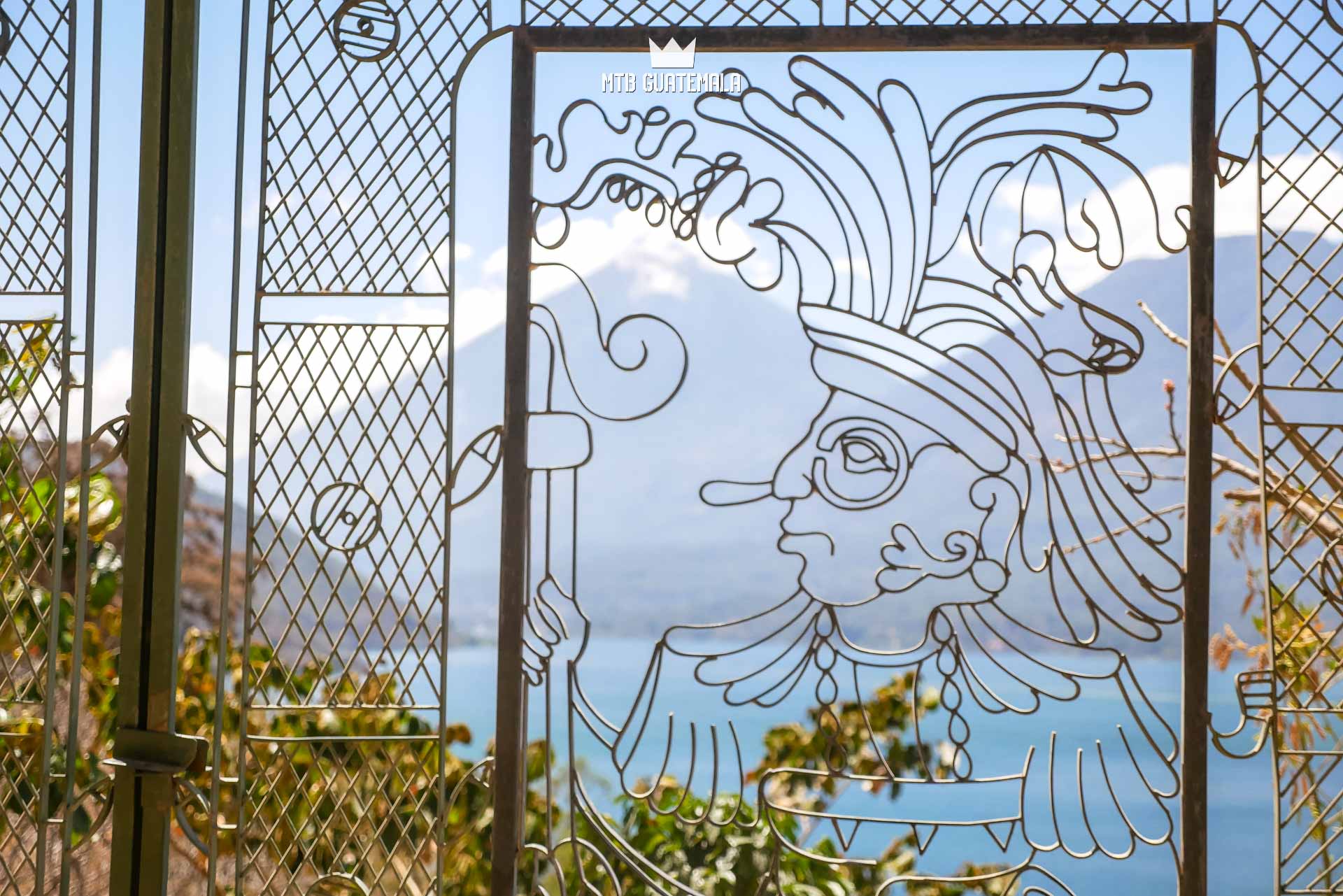 Why Ride With Us?

When you book a trip through us, there are no middlemen – no “in country partners”. We work directly with all accommodations and keep our costs honest.

We can connect you with local cycling culture and cycling events like no other travel company.

When timelines and punctuality matter, we cut the riff-raff and get you out and riding.

All we do is Mountain Biking

We are rider run mountain biking only operation. Which means we focus on what we do well and do it the best.

We rent modern equipment and mountain bikes. All of our rental bikes are two years or newer and are professionally maintained and serviced.

With years of experience riding, racing and exploring in Guatemala, all our routes are carefully designed and unique to our company. 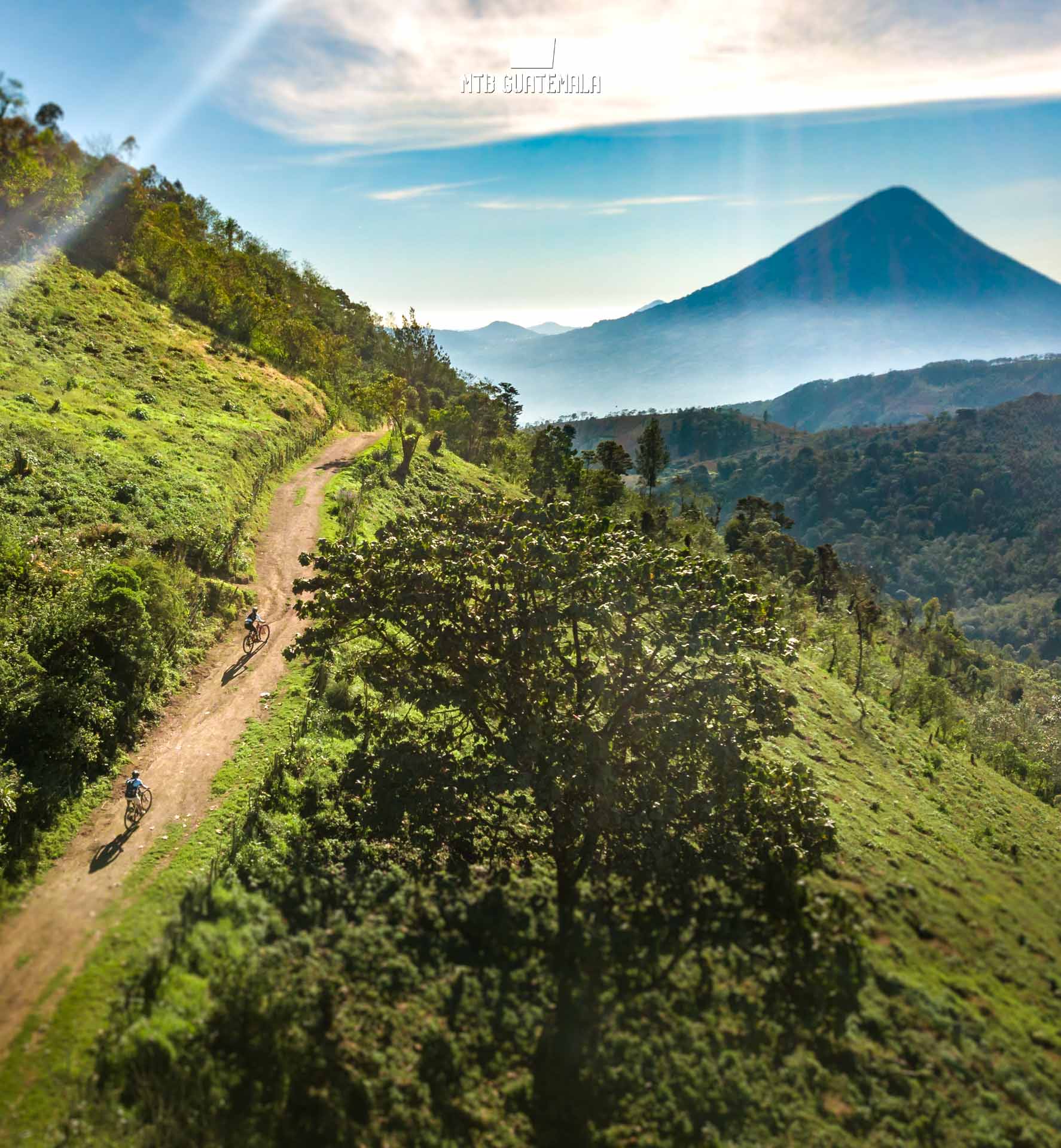 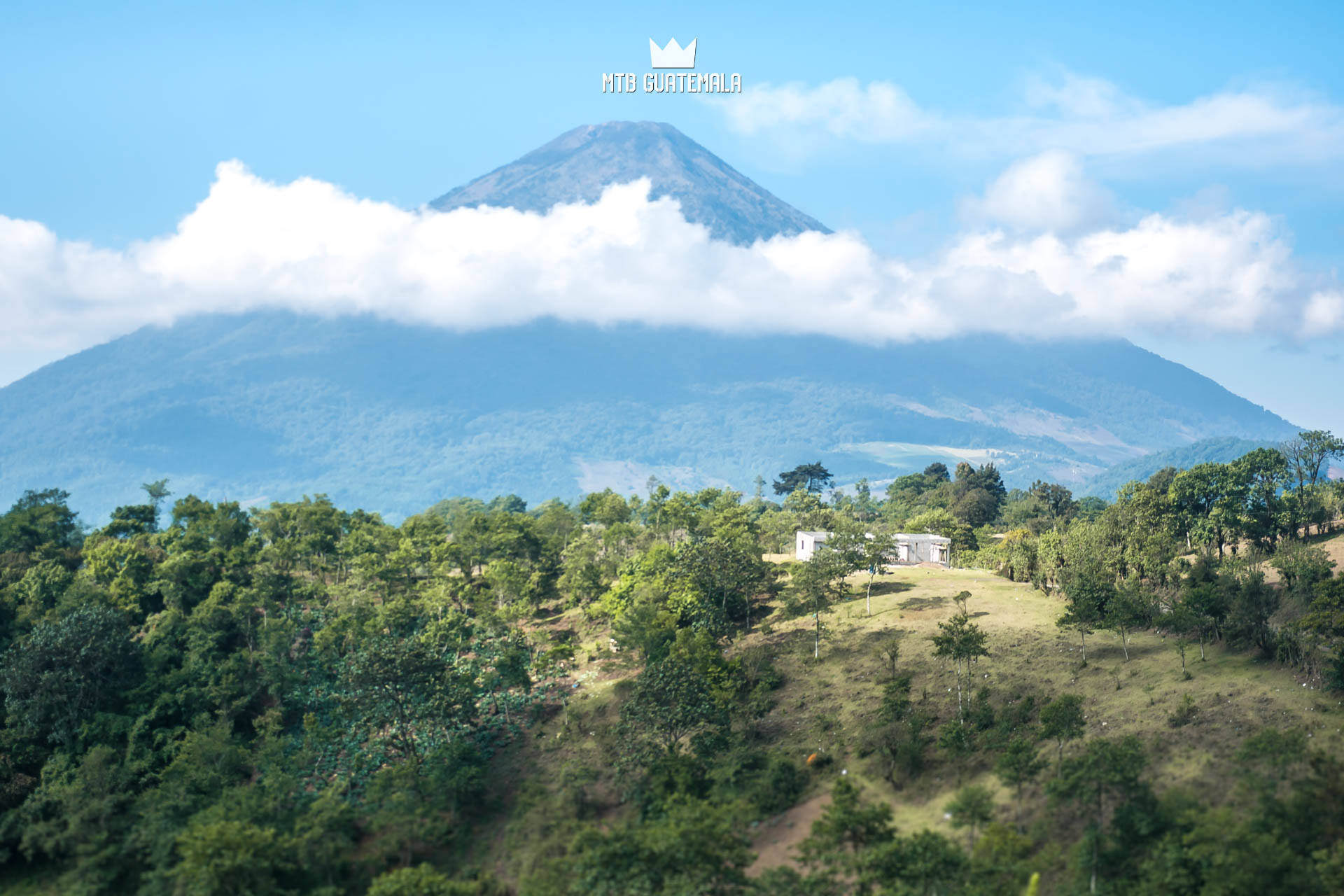 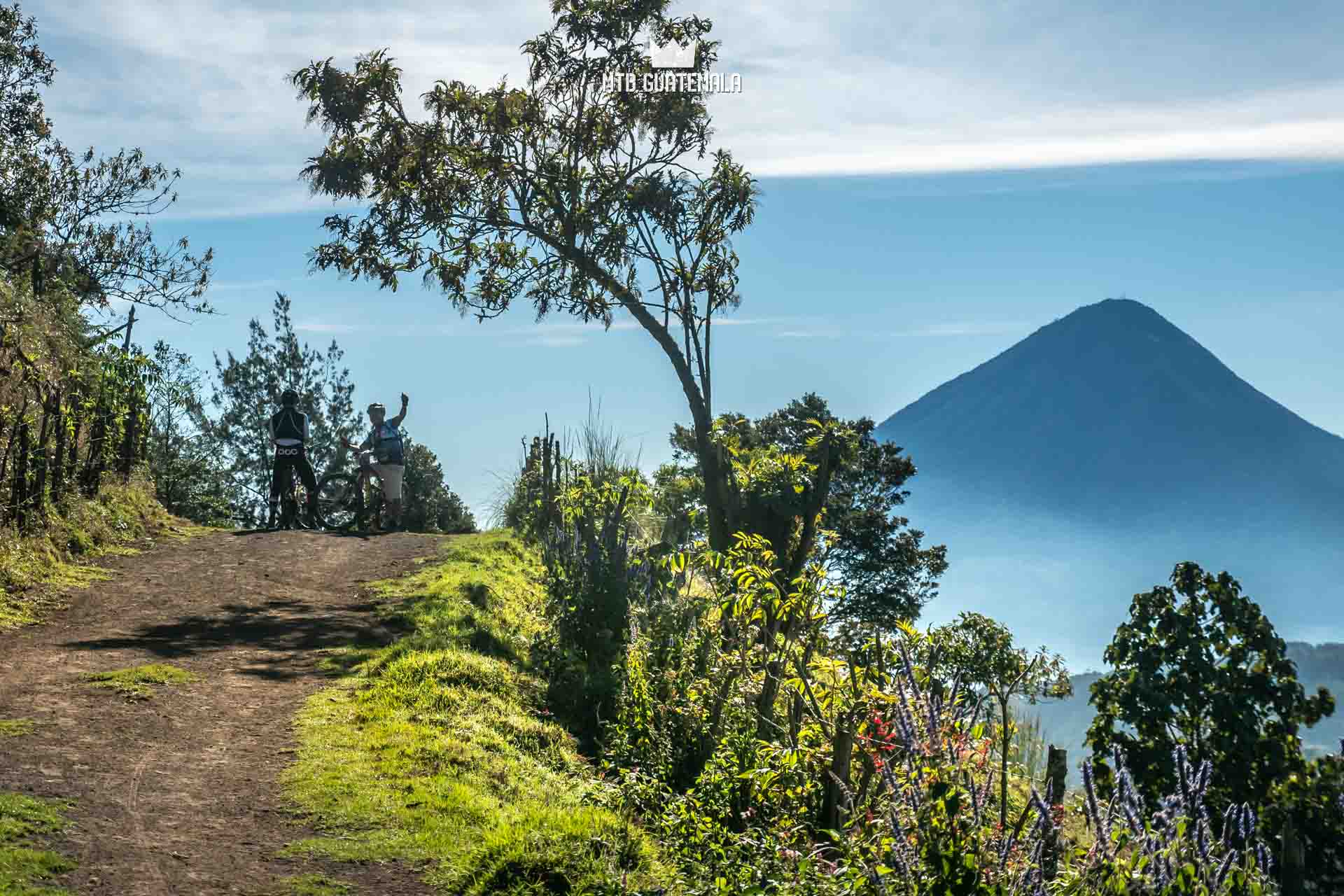 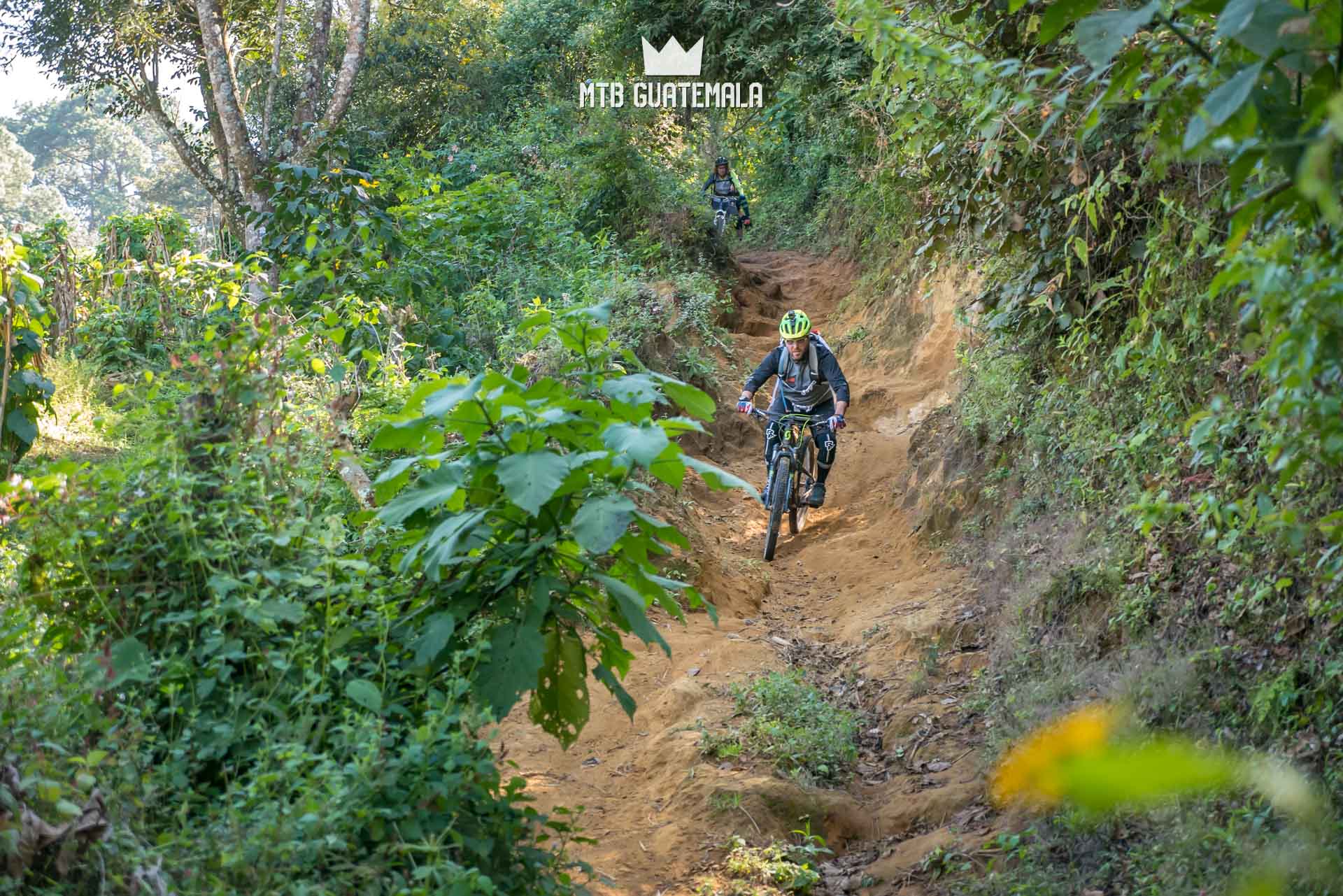 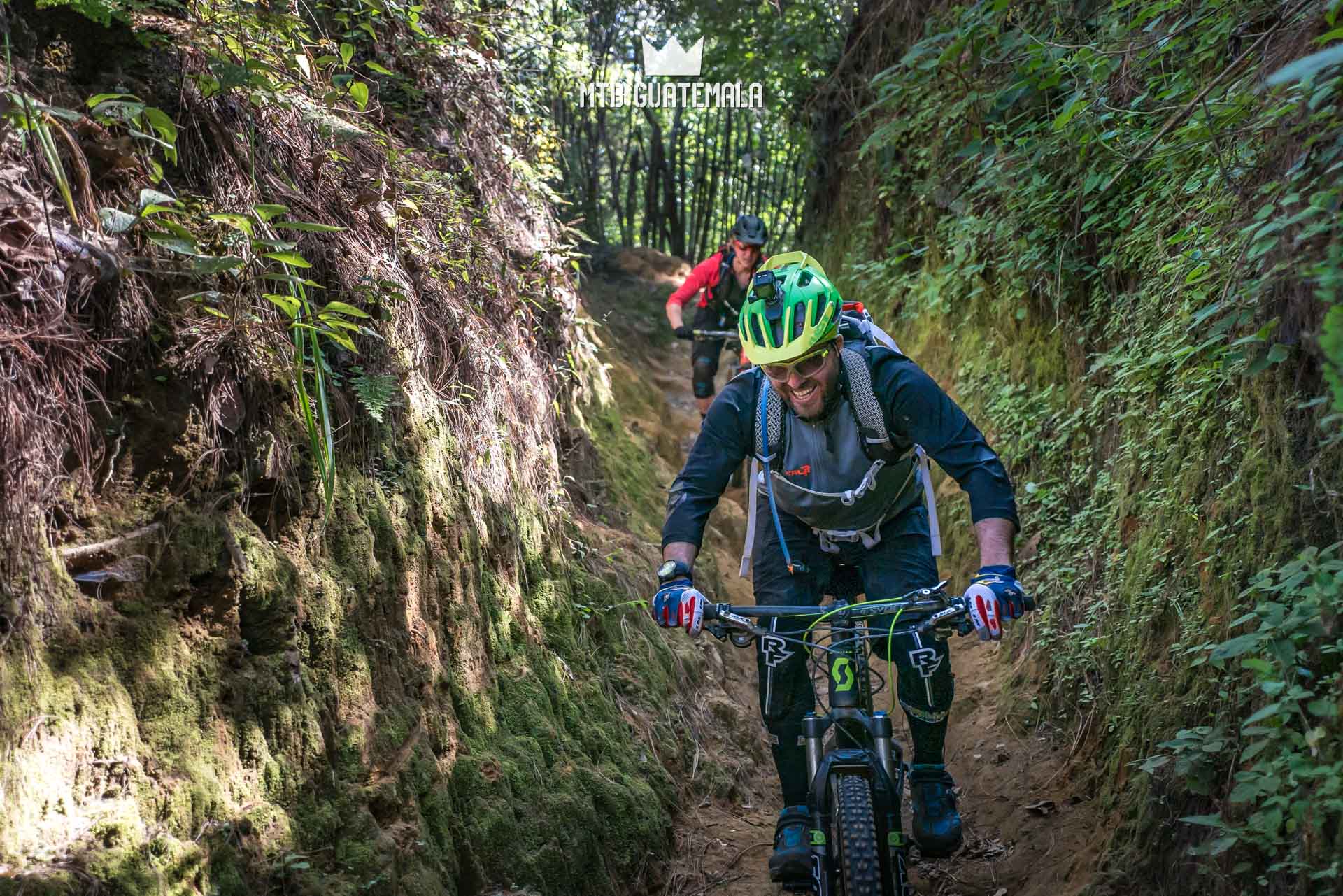 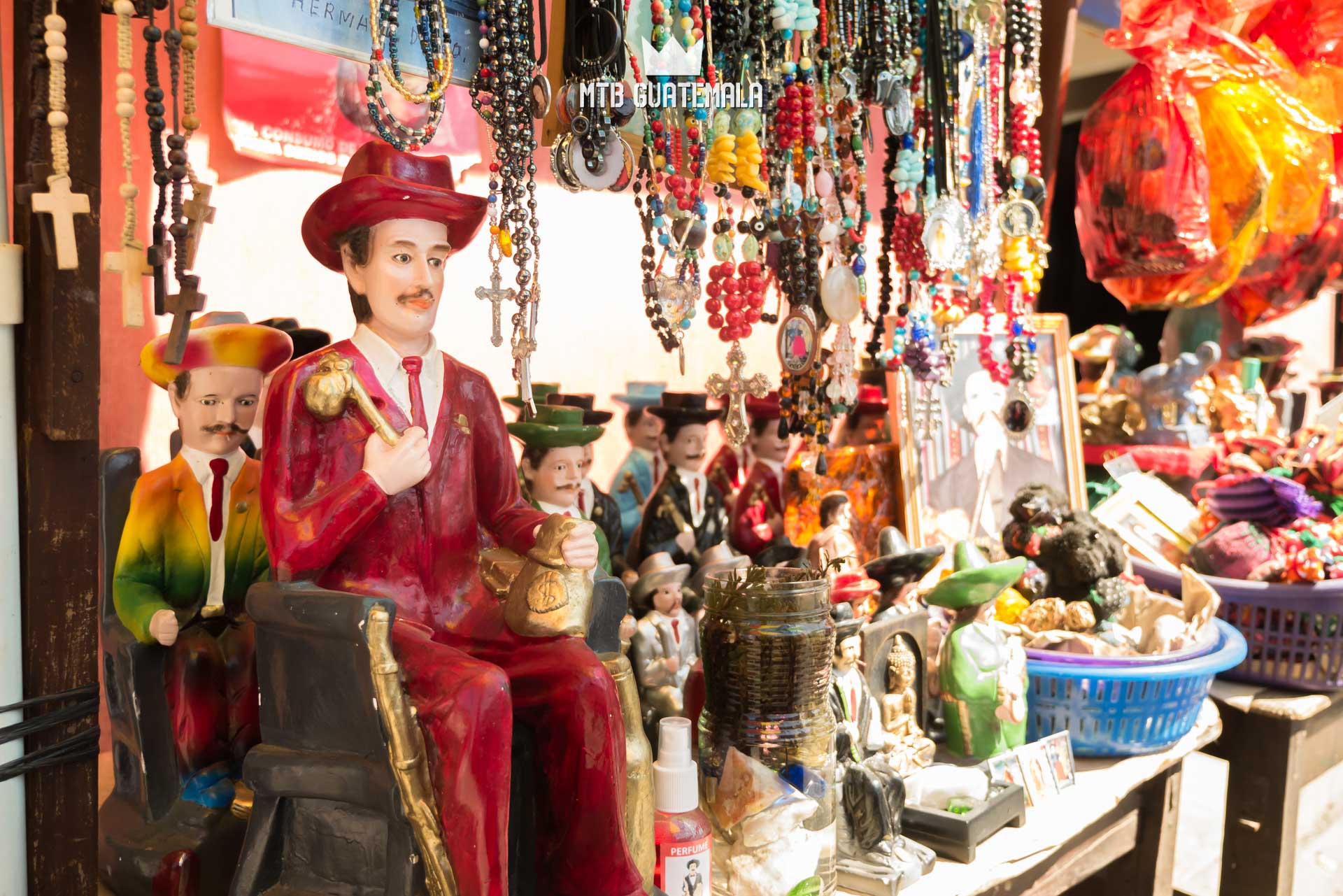 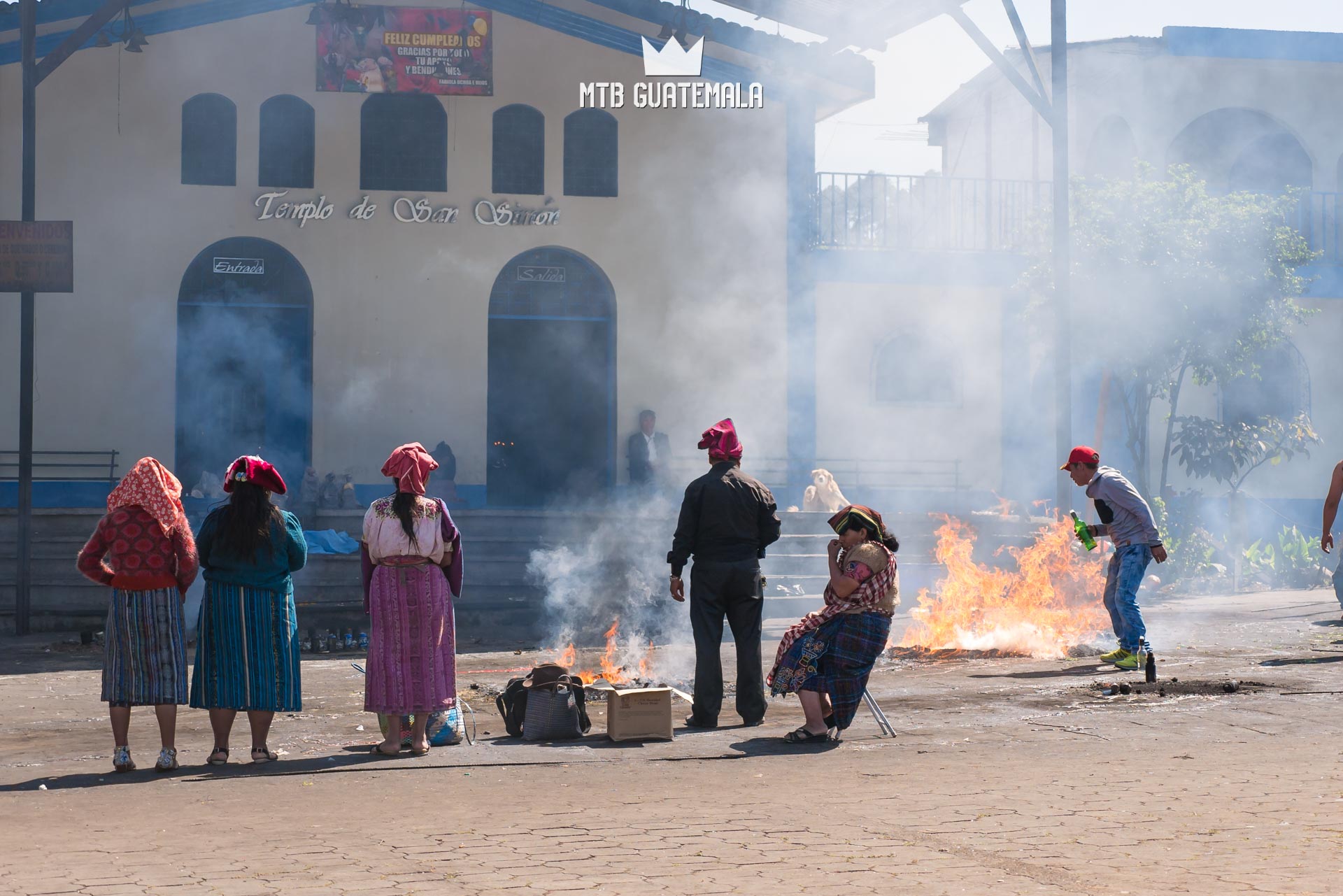 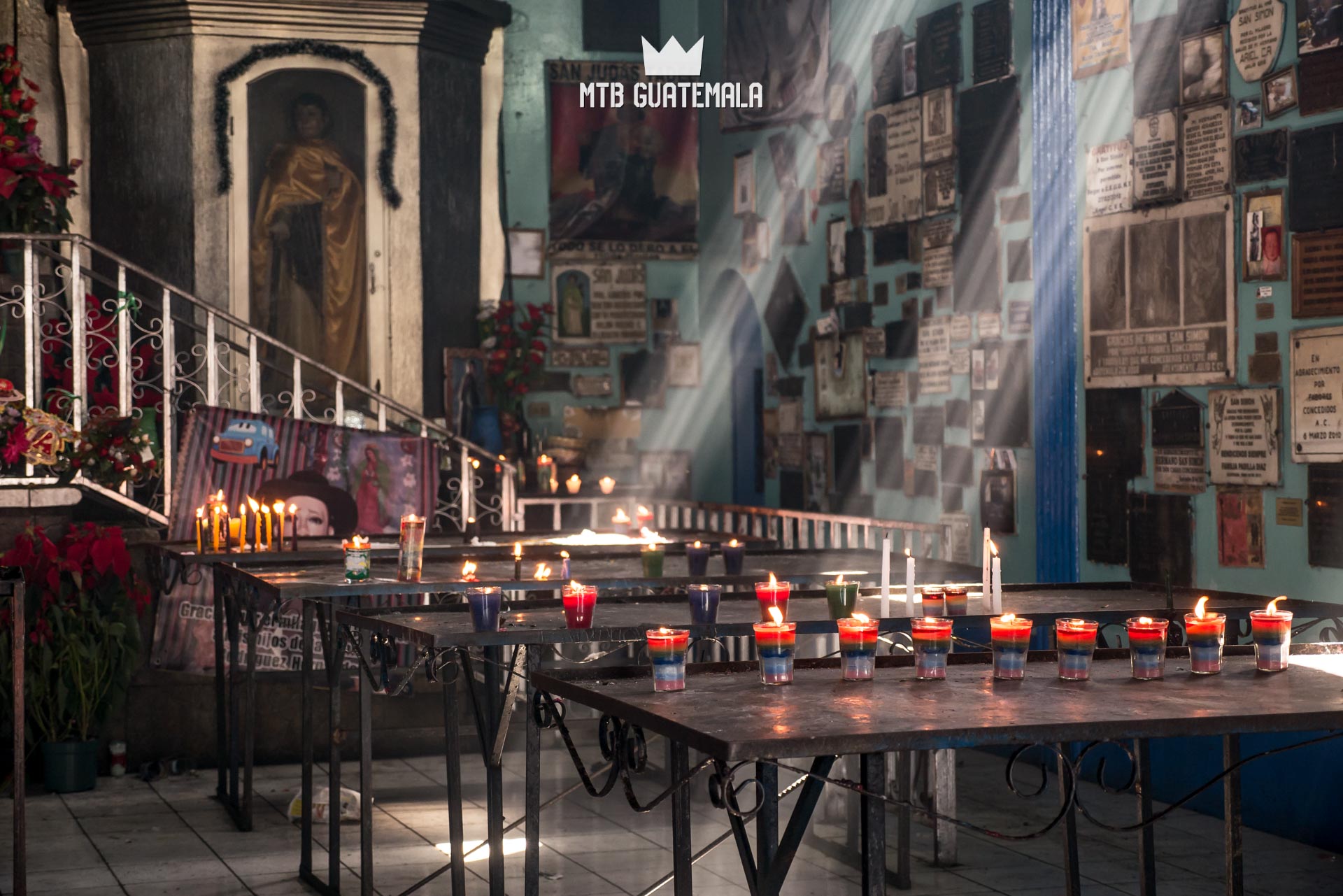 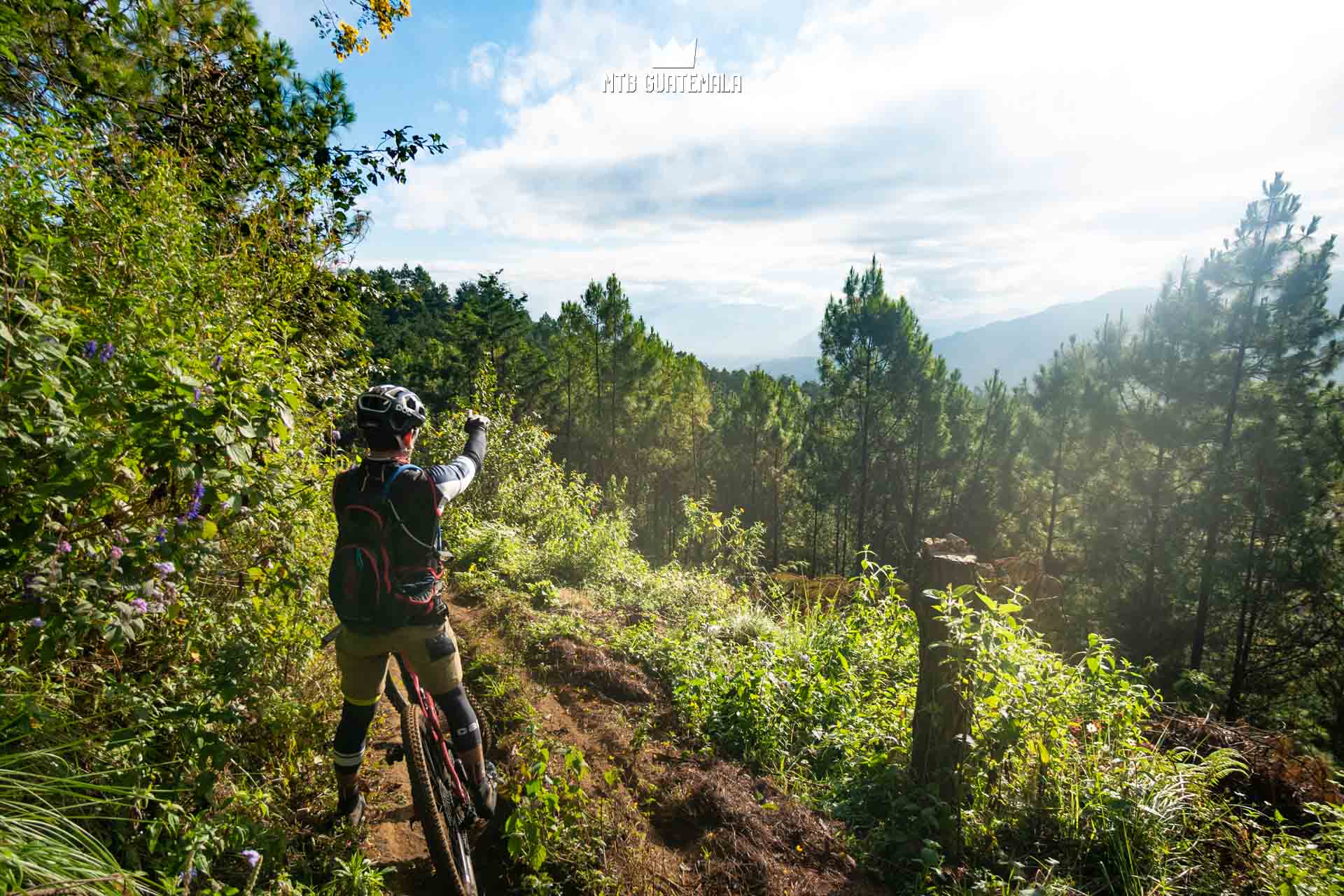 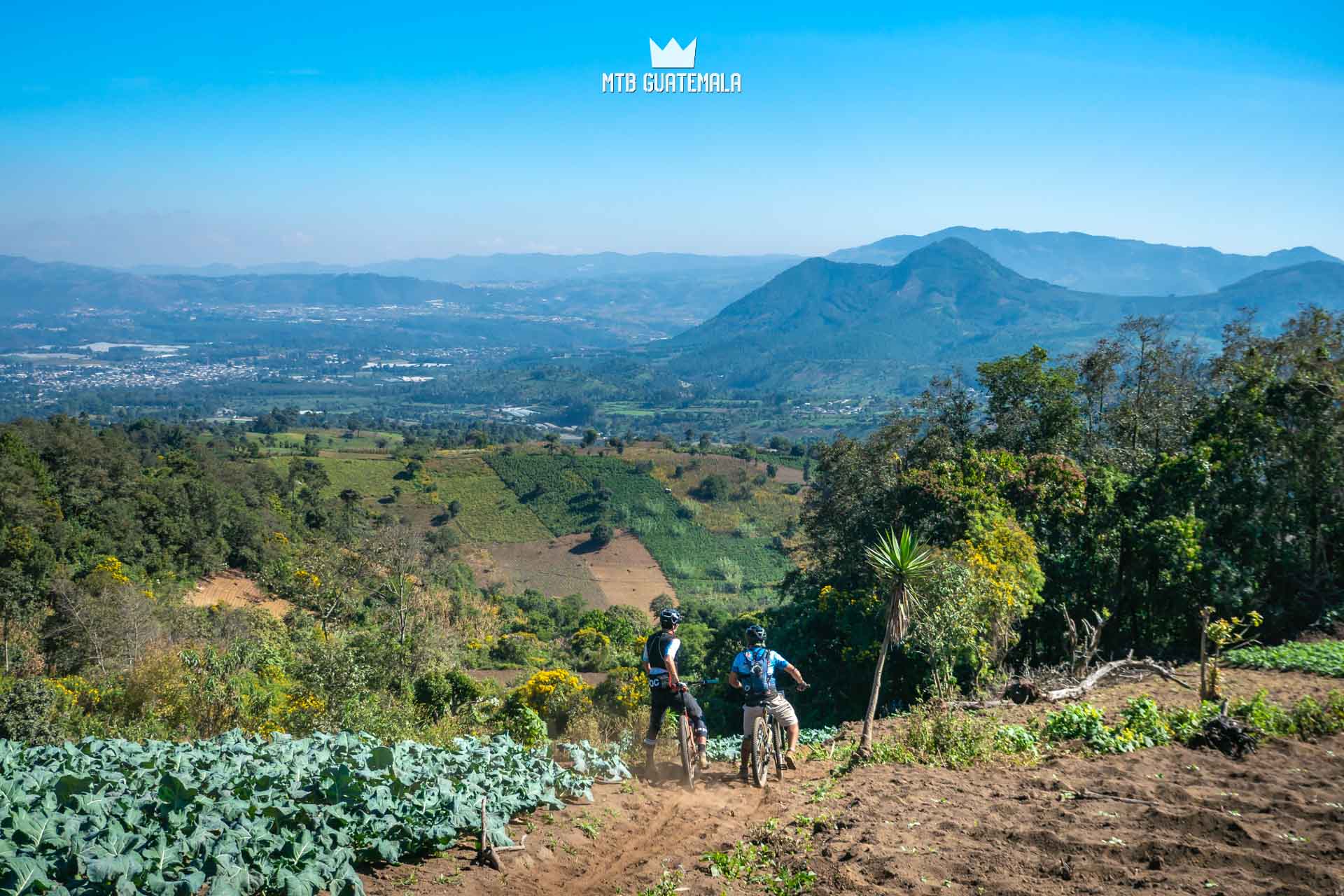 Had a great day out on this trip with Brendan and two other riders. Our ages were early 50’s, early 60’s and early 70’s. The first 1/2 hour was climbing which had us sucking wind at that elevation with all fantastic down hill from there. Brendan was a great guide, well informed and with lots of heart for the Guatemalan culture and people. This company is concerned with bringing a sustainable and environmentally friendly approach to back country biking, The views are stunning all along the way and I highly recommend this trip if you like some thrill of the downhill without killing yourself on the uphill climb. Equipment was first class and overall the tour was very good value. I’m looking forward to doing another trip on my next visit to Guatemala

I had the pleasure of riding with Mtb Guatemala for a couple of days in September. I’m in my late 20s, moderately fit and normally ride a mixture of trail and enduro back in Australia. I’ve included some of my impressions of the Top of the World tour below:

The tour: the Top of the World tour winds through a mixture of back country dirt roads and single track. Many of the paths are shared by locals so there were often surprises around each corner such as grazing animals or new changes to the track as it truly is a ‘living route’. The route had a couple of decent climbs however the route is predominantly downhill. The climbs were also usually fairly straight forward up dirt roads. They would be achievable by anyone with a reasonable level of fitness, and if need be, could be walked as they weren’t too extensive. The downhills were fast and not overly technical. I would note that I was there in wet season, and while there wasn’t any rain, many of the tracks had deepish ruts from the rain which just required a bit of line choice to avoid losing a wheel in holes. The highlight is the views from the earlier parts of the route.

Guides: I rode with both Alex and Brendan – they’re both super competent on the bike, know the area like the back of their hand, and were fluent in both English and Spanish. I felt comfortable that I was in good hands and that both Brendan or Alex would be able to respond to any issues. Alex is a Tecpan local and had a great grasp of local history, which added an additional dimension to the tour and Brendan had recently completed an extensive wilderness first aid course which gave me confidence that they took the safety of customers seriously.

Equipment: Mtb Guatemala has quality mountain bikes available. This includes well serviced, dual suspension bikes that are fit for purpose. I’ve done a number of other mtb trips in central and south America and found that this was one of the only companies that had high-end gear suitable for serious mountain biking.

Overall I’d recommend this tour to anyone who’s comfortable on a bike, and looking to see the Guatemalan back country. I’d say this tour is beginner accessible as all parts of the route could be ridden slowly if needed.

Only logged in customers who have purchased this product may leave a review. 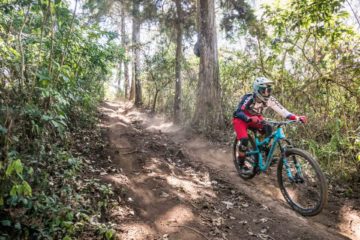 Join us for 5 days of epic
Enduro
Hard 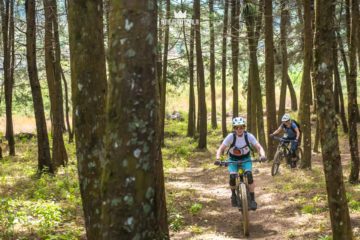 A nice introductory ride to the pine
Easy
2/5 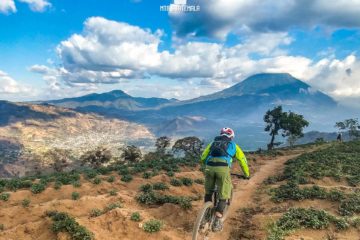 Latest From our Blog 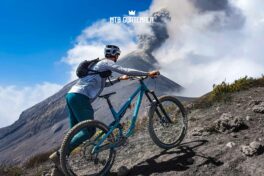