One of Guatemala's newest and most active volcanoes, Volcán Santiaguito is small and mighty.

The baby brother of the Santa Maria Volcano is one of Guatemala’s newest and most active volcanic creations. In 1920 an enormous eruption rocked Santa Maria blowing off the southern side of the mountain. The The Saniaguito volcano has been growing ever since. Regular eruptions shake the nearby town of Quetzaltenango (20km away) – this is extreme terrain – and unique to Guatemala.

Santiaguito is considered one of Guatmala’s toughest volcanoes to reach – and even tougher to bike – not recommended!

The eruption of Santa María Volcano in 1902 was one of the three largest eruptions of the 20th century. It is also one of the five biggest eruptions of the past 200 (and most likely 300) years.[2] Thankfully, Santiaguito faces away from Guatemala’s second-largest city. But that doesn’t mean you can get close enough for a look at this baby monster by bike. 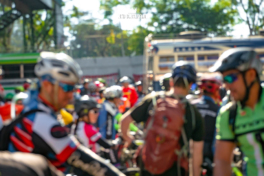 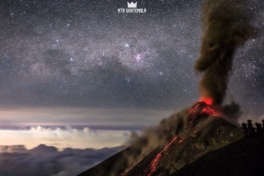 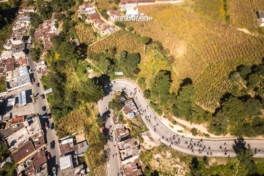